It is really hard to categorize a Midrange deck. I really like the following definition: “A midrange is a deck that adapts on the opponent’s deck and is able to switch from being the aggro or the control deck depending on which deck they are facing.” It’s not the best definition, honestly I don’t think there is one, but usually this works fine.

This kind of decks usually do not have a definite strategy like the Combo, aggro or control deck. They can close the game by winning damage races or by overwhelming the opponent with card advantage.

The evolution of midrange strategies in Pauper has started after Cloud of Faeries’ ban and the consequent disappearance of Esper Familiar.

The main paths this archetype has taken in the course of the years have been essentially three:

In the beginning, the white based have been Boros and Jeskai Kuldotha. Both based on Kor Skyfisher, Glint Hawk + Prophetic Prism and Kuldotha Rebirth + Ichor Wellspring. Boros was more aggro oriented, Jeskai has always been the value counterpart. After Modern Masters 2017, Palace Sentilel joined the party and Boros Monarch has been the referring white midrange.

Blue Midranges have historically used black as the other color (UB Flicker and UB Alchemy exasperating the control aspect of midranges) but UR Snow Delver has been the most important blue midrange since Modern Masters 2017 where Augur of Bolas was downgraded.

MBC has been the first midrange ever played in the format (I belive) and later Orzhov Pestilence has been developed joining the black based team.

Before the downgrade of Foil, 2 out of 3 tier one were midrange decks. UR Faeries (Snow Delver) and Boros Monarch were dominating the format with Dinrova Tron. Then UB Delver started to devour the format and the Gush ban happened. Alongside the ban, Modern Horizon was printed.

With this new expansion, Ephemerate and Arcum’s Astrolabes joined the format. Rapdly, we have seen the Jeskai Ephemerate archetype rising and all the midrange decks merged into it.

Why this happened?
In my opinion there are several reasons:

The deck has rapidly become the deck to beat and warped the metagame around it. The deck has so much value that can handle Tron and a lot of players have switched to aggro (Bogle and Stompy) to try to close the game before the loops become relevant.

Various content creators (Alex Ullman, this very blog Pauperwave and others) have underlined with numbers how Jeskai continue to perform incredibly well in an hostile metagame.

Because of the metagame warping and the number of top8s and top16s this deck is able to do in a metagame full of decks that are suited to beat it, in my opinion, Ephemerate must be banned and it would open a lot this metagame.

Why just Ephemerate? I do not like to rush. I think that the main reasons Jeskai is so good are explained in the 5 points previously written. Of course, both Arcum’s Astrolabe and Tron lands are great card in the format (and AA is great in Jeskai and is the reason it can be played) but I don’t see any reason to ban them at this round. If they will cause any issue in the future they can be easily banned in future announcements. But what if those cards actually helps the metagame to be various and enjoyable? What if monarch midranges are so good and Tron can mitigate their influence? What if Arcum’s Astrolabe helps decks to stabilize their manabase that is usually an issue in Pauper due to the fact that we do not have untapped fetch lands?

I know how strong and influent are these cards but banning them without data from a new meta could be a mistake. The January ban is around the corner, in my opinion it’s worth the risk.

Now, I wanna start playing and try to speculate on the metagame without Ephemerate.

Frist of all. Would Jeskai disappear? I don’t think so.

Once lost the value of Ephemerate I can see Jeskai deviate to a more aggro game plan. The cantrips give stability and consistency while Seeker of the Way is the star. Mulldrifter can still be played for value or it could be switched with some cheap permission spell.

The other midranges could be Boros, Rakdos, Orzhov Monarch and UB (Flicker and Alchemy). Not a thing I’m super happy with, I don’t personally like monarch, I think I a bad designed mechanic for 1vs1.

About Tron, the Stonehorn Lock without Ephemerate is slower and aggro are faster or more interactive with the new cards (Swipe and Goblin Granade). Don’t forget that Arcum’s Astrolabe gives the possibility to Boros, Jeskai and other midranges to be consistently fast in developing an aggro plan, that is usually the key against Tron. Moreover, Dinrova Tron suffers pressure plus disruption (i.e. Relic of Progenitus) way more than Jeskai. Despite all of this, the deck would probably be one of the tiers of the format.

Stompy and Bogle would be the losers of the Ephemerate’s ban. Boros (and Rakdos) Monarch back in the mix is bad for those decks but stompy has always been a good strategy even when Monarch and Dinrova Tron were tier one, I don’t have doubt that these decks would be present in the format.

Delver would be back in town. The Insectile Abberration and the Faries could come back with Skred. Mystic Sanctuary that redraws an Accumulated Knowledge for 2-3 seems good to me.

Elves could still be played, is a straight deck that suffers sideboard cards, but 4 Winding Way and 4 Lead the Stampede could keep this archetype around.

Goblins, Burn and RDW have always been played and would be played as well.

Last but not least, Throne of Eldraine cards are now into the format and could help to have a wide and various meta as well.

Maybe I’m completely wrong, but without any numerical data we can just suppose what will happen. I hope R&D will intervene with a ban on Monday 7th to stop this Jeskai madness. Hopefully, they will ban just Ephemerate and wait to see how the format evolves.
Whatever they decide, no changes would be the only losing play.

For today that’s all! Hope you enjoyed the reading, if you want to interact with me you can follow me on twitter @Xardian7!

Great Pauper to everybody!

PS: All the lists posted are used exclusively to give an idea of the archetypes, they are not optimized and/or tested. 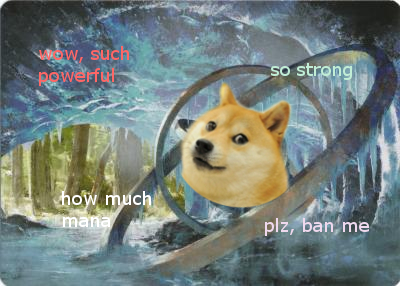 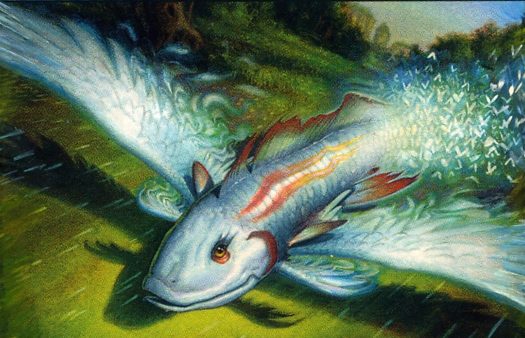